Back to Blog
Solvents

The Role of Solvents in Carbon Capture

Carbon capture has been in the spotlight lately, as countries around the world search for ways to reduce their carbon emissions and pave the way towards net zero. One such technology is solvent-based carbon capture, which uses high-quality drop-in solvents to capture gases before they enter the atmosphere. But what is this technology? How does it work, and — more importantly — how can your industry make use of it?

What are solvents and where do they feature in carbon capture technology?

What have past approaches to using solvent-based carbon capture been?

Carbon capture first arose in the early 20th century as a method to purify (or “sweeten”) natural gas by removing carbon dioxide. Since the 1970s, amine-based solvents such as MEA have been used to capture CO2 for use in enhanced oil recovery.

Since that time, the conventional solvents used for post-combustion carbon capture and biogas purification have remained largely unchanged.

Carbon Clean’s solvents have been developed and optimised over the last 12 years, leading to successful utilisation at numerous plants worldwide. Through this experience, industry can have confidence that our solvents are low risk and high reward.

Can Carbon Clean’s solvents be used as drop-in substitutes?

Absolutely! Carbon Clean’s solvents are improved over conventional solvents (such as MEA) in a number of ways:

How can someone learn more about solvents and their impact on achieving net zero?

Download our Solvents eBook and talk to a Carbon Clean expert to learn more!

Are you interested in learning how Carbon Clean's revolutionary solvent drop-in substitute? Talk with our specialist to learn more! 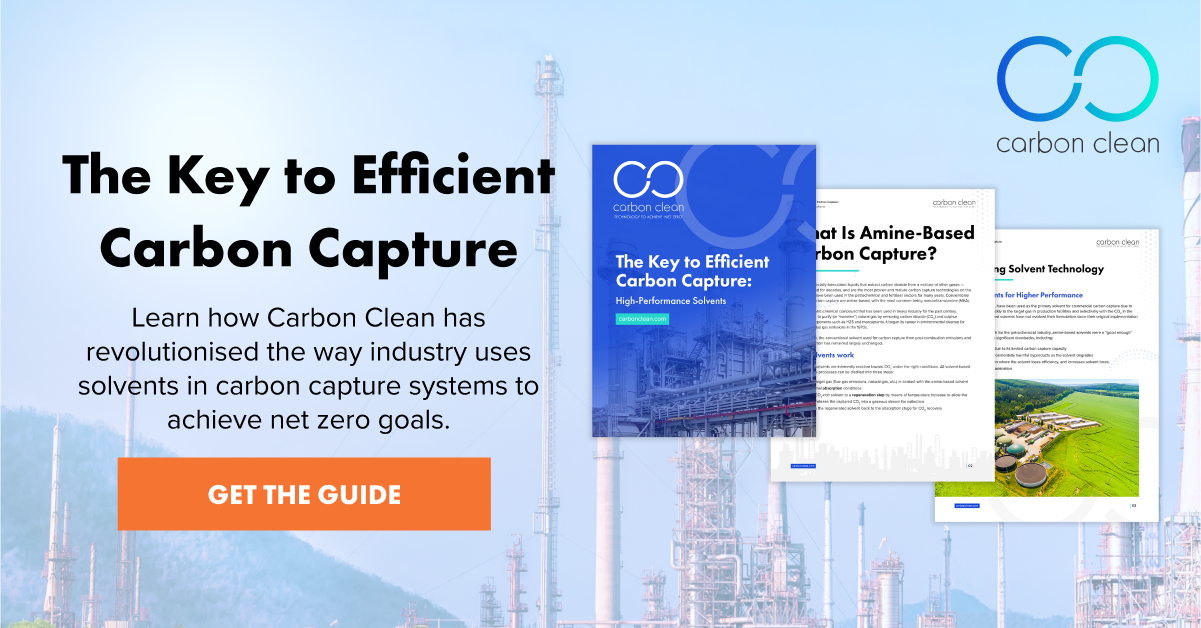