Back to Blog
Net Zero
Cement

Emissions from cement make up 8% of global CO2 emissions. If cement were a country, they would be the third-highest emitter of CO2 in the world. It's time that we change how these emissions are being released into the environment.

How is carbon dioxide produced in a cement plant?

Cement is the world’s leading construction material — but it’s also one of the leading sources of greenhouse gas emissions. Carbon dioxide is released during the production process by cement kilns, which cook ground limestone with sand and clay at very high temperatures. During this process, CO2 is emitted by the burning of these fuels to heat the kilns, as well as from the gases released from the limestone during the calcination process.

How much carbon dioxide is produced by the process of making cement?

As a result of more than 4 billion tonnes of cement produced globally each year, the industry generates approximately 8% of global CO2 emissions. If the cement industry were a nation, it would be the third-highest CO2 emitter after China and the United States.

How does Carbon Clean technology work in a cement plant?

When it comes to reducing the carbon output of the cement sector, there’s good news: the CO2 concentration in exhaust from cement plants is very high, which makes it easier to capture the carbon. 90%+ of the CO2 can be captured and stored using Carbon Clean’s technology with an optimised engineering design.

How can cement reap the cost benefits of carbon capture?

Cement producers who harness technology such as carbon capture are better positioned to keep their prices low, while also benefiting from a new revenue stream through the utilisation of captured carbon to create a CO2 circular economy. This turns their carbon output from a costly liability to a valuable asset.

Is your business in the cement industry? Do you want to learn more about how to reduce your CO2 emissions? We want to talk with you about our solution! Speak with a specialist today. 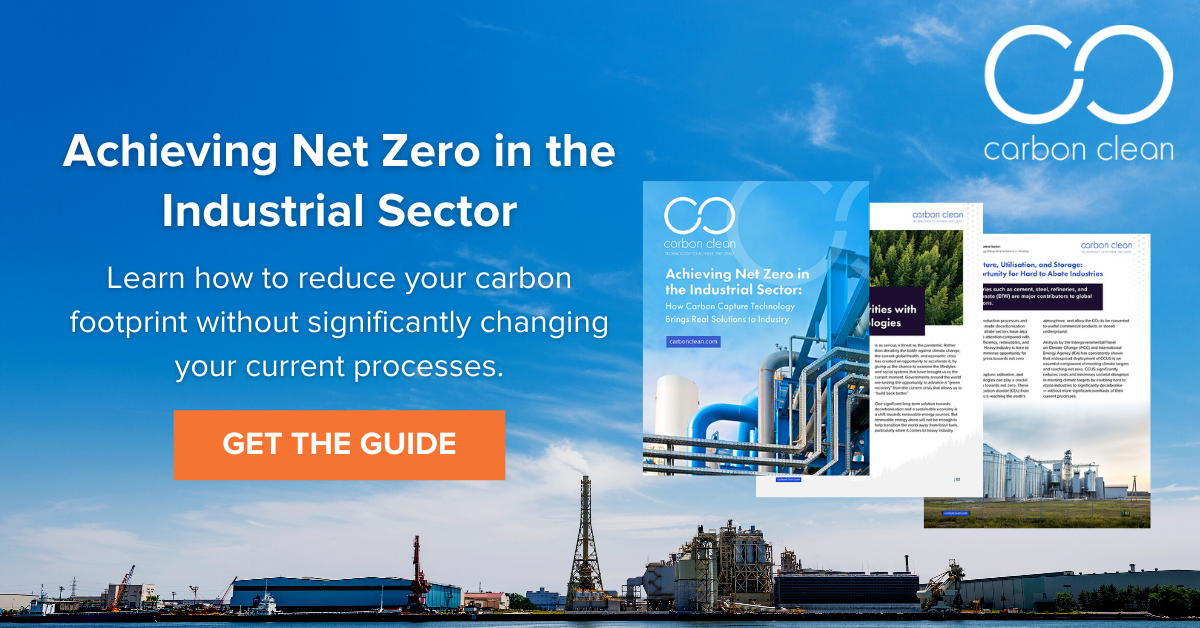 Committing to carbon capture in the cement sector